HATEBREED: May North US Tour Cancelled

HATEBREED posted the following announcement regarding the band's cancellation of their North US tour, scheduled originally to start on May 01st till May 15th.

An update from the band reads: "Regretfully HATEBREED is going to cancel all of their shows in May. As of now its unclear how many venues will actually be allowed to stay open and in some instances some are already planning to be closed. Beyond the reality that there won’t be enough shows to hold together a tour, we are most concerned about everyone’s health and safety. Canceling is the responsible thing to do in the interest of everyone staying well so we can all look ahead to having shows together in the future.

"Tickets are refundable at point of purchase." 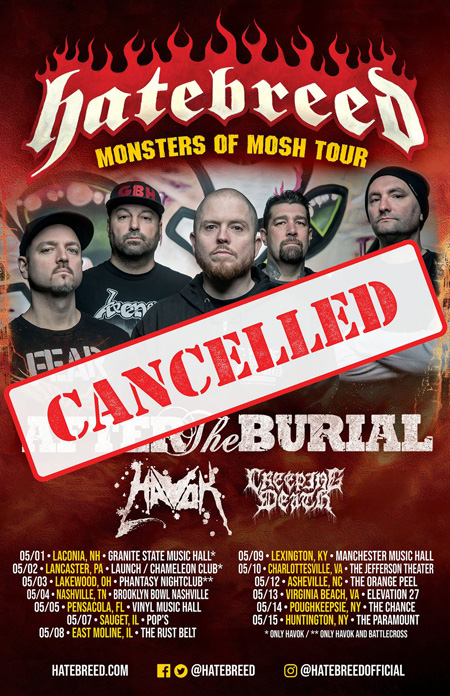