The 'Devastation On The Nation' Tour, now in its sixth year, has announced its 2020 lineup, which will feature Greek Black Metal giants ROTTING CHRIST headlining.

Additional support on the trek will come from Progressive Black Metal legends BORKNAGAR, which will see the group embarking on their first North American tour since 1999, as well as Finnish melodic Death Metal masters WOLFHEART, American Black Metal powerhouse ABIGAIL WILLIAMS, and blackened Avant garde masters IMPERIAL TRIUMPHANT. The tour will run from March 19th - April 19th and cover a large portion of the United States and Canada.

'Devastation On The Nation' and Metal Festival Tours founder Daniel DeFonce commented, "I couldn't be more excited about this tour. Every year we try create the most interesting, unique, extreme package that we possibly can and this year is no exception. From top to bottom this lineup is completely unreal and this is definitely not a show to be missed. Thank you all for your support for this tour over the years. We'll see you out there!" 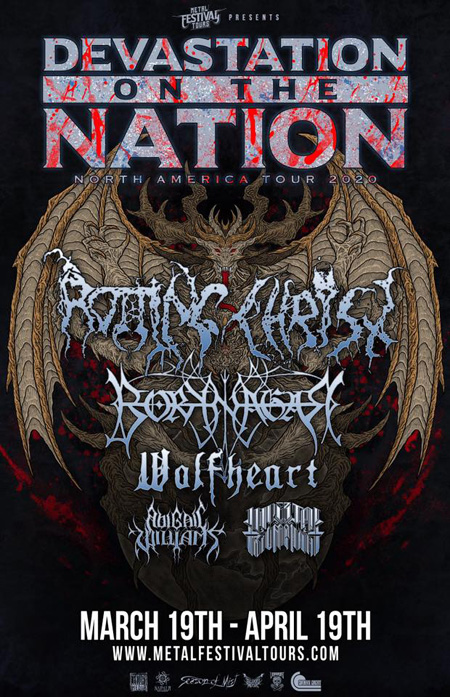