Although it's been five long years since DEATH WOLF's last album, "III: Östergötland", the band should require little introduction. Begun at the dawn of the new millennium by MARDUK's Morgan Håkansson under the moniker Devil's Whorehouse as a means of tribute to the DeathPunk sound of SAMHAIN and THE MISFITS, following the band's "The Howling" debut EP did the band soon evolve beyond their half-covers repertoire into a deadly force all their own. In 2011, after two albums and two EPs under the DEVIL'S WHOREHOUSE moniker, a change in name was long overdue, and the far-more-fitting DEATH WOLF was chosen. Wasting no time, three albums followed in almost as many years: "Death Wolf" (2011), "II: Black Armored Death" (2013), and "III: Östergötland" (2014).

Hear the first pulse of that power with the previously revealed "With Hate" below. 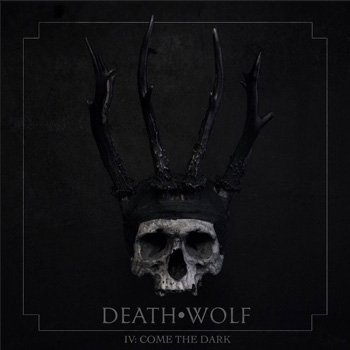