Recorded and produced by Richard Behrens in the winter of 2018/19 at Big Snuff Studio, Berlin, it is the first album with the new lineup consisting of original members, Mikey Tucker (vocalist) and Frank Trobbiani (drums) and introducing new members, Marco Gennaro (guitarist) and Kris Fiore (bass). The Rock 'n' Roll juggernaut seized the opportunity to refine their Hard-Rock formula since the release of "Mount The Mountain" two years ago. The result is an electrifying sledgehammer that cements their name MAMMOTH MAMMOTH. "Kreuzung"’s (German for crossroads) hypnotic title track could crush a beer can with it’s sheer soundwave force, try it out and watch their brand new video, for the album title track, below. 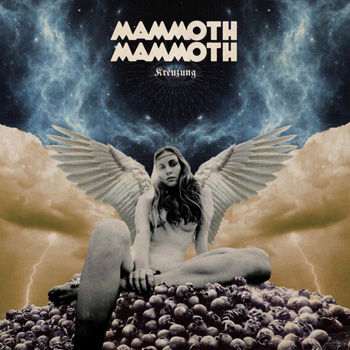