For the first time in 19 years, Friday the 13th coincides with a full moon - what a perfect day for THE 69 EYES to unleash their 30-year anniversary album, "West End". To celebrate this release, the Helsinki Vampires evoked another legendary evil spirit of the Metal scene, starring in the band's new music video "Two Horns Up" - the one and only Dani Filth from CRADLE OF FILTH. So get ready for the most twisted Goth 'n' Roll track of this autumn and watch the video below.

”We've been friends with Dani Filth for 25 years and THE 69 EYES did our best-ever and legendary North American tour with them over ten years ago. We were partying with him on my 50th birthday at Hollywood's Rainbow Bar & Grill last October and came into conclusion that he should sing some guest vocals on our new album. It is mind-blowing to have the world's most recognizable extreme Metal vocalist on the opening track on our album. "Two Horns Up" speaks about today and to everybody!”, comments vocalist Jyrki. 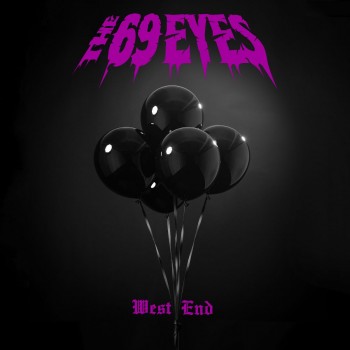