On March 15th, Danish Heavy metallers PECTORA will present the first single "Untaken" from their debut album by the same name. An almost 7 minute long song, rich on full blown Heavy Metal, with a big and powerful melodic chorus as well as harmonies that stick to your brain. All wrapped up in a modern and big production. The song tells the story of a post apocalyptic nightmare visualized in the video, by several different sequences, combining pictures of death, terror and war into art.

”Untaken” is produced by the band and mixed and mastered by one of Germany’s leading producers, ORDEN OGANS Sebastian ”Seeb” Levermann (ORDEN OGANS, RHAPSODY OF FIRE, RIOT V, BRAINSTORM), in Greenman Studios.

”Untaken” will be released on CD, LP & all digital platforms on May 3rd. 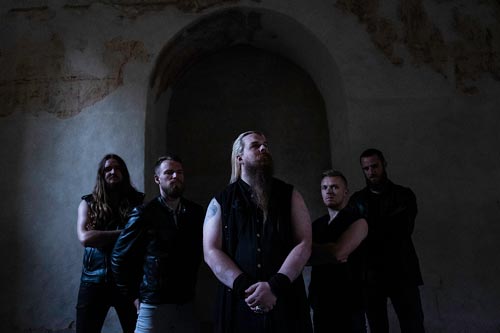 FROM THE DEPTH Release ''Spread Your Fire'' Lyric Video