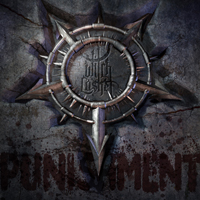 WITCH CASKET was formed in 2013 by two ex-SOTHIS members, and “Punishment” happens to be their second release which is also an EP as the previous studio effort “Hatred Index” was. If I am not terribly mistaken, SOTHIS had (or maybe still do) some Industrial elements in their music, so I was prepared to get something similar from WITCH CASKET. Since I am not a die-hard of Industrial Metal, I was happily surprised by the type of Metal the Californian band is laying out with the four songs included in the EP in question.

“So It Goes” starts with some drum rolls and a sweet riff making you instantly think of Symphonic Black Metal. The groove is there and the pompous arrangements kind of point to that directions but soon enough Progressive Metal peeks through with some killer riffs. Yeah, WITCH CASKET have managed to walk through different Metal territories and therefore, cannot be considered as one of the pile or being boring for that matter. The EP title track pushes the envelope even more, starting things off with some chanting maintaining the orchestral side of the music intact before setting a strong footing on Progressive Metal of the late DEATH albums kind. Although the riffs are complicated, the melodies are catchy, so there is no feeling of being overloaded like it happens with many Symphonic Black Metal bands. I would go as far and say that the double guitar harmonies flirt with straightforward Heavy Metal and this works like a charm with the Epic atmosphere this song is carrying. The guitars remain on the spotlight during “Water”, although this one gets closer to Black Metal through the double bass and the blast-beat drumming, but it is not an either / or situation as WITCH CASKET seem knowledgeable in using the Metal genre blender and have produced music with its own character. If you were to twist my arm, I would choose “Spectres Of Misery” as my EP favorite; the pounding rhythm section, the DIMMU BORGIR-styled vocals and killer guitar solo are more than enough to get you hooked.

I have no idea why WITCH CASKET chose to release another EP instead of a full length, but maybe this is just their second attempt to test the waters before investing more time and money on a full-blown record. As far as I am concerned, they have something good going and my interested is definitely piqued for their next step. In the meantime, I’ll keep digitally spinning “Punishment” and I will advise you to do the same.