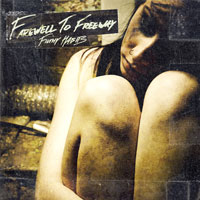 The quartet from Canada returns a couple of years after the fantastic in my humble opinion “Only Time Will Tell” to show that there is no rest for the wicked. Victory Records may have had some misfortunes with THE AUTUMN OFFERING splitting up after their incredible latest self titled album, but FAREWELL TO FREEWAY is here to save the day (not that Victory needs to be saved). So, if you have caught yourself thinking that you would like a tiny bit extra heaviness in your ATREYU or that your Metalcore is a little bit too brutal for your ears, then FTF has found a solution for you!

Recorded by Erica Arena (A DAY TO REMEMBER, WITHIN THE RUINS), “Filthy Habits” is armed with strong and solid sound, something that helps the band unfold the killer breakdowns and totally catchy guitar leads. The album has an incredible rhythm from the first to the last second, something that will make your fucking head bang for approximately 35 minutes (the time duration is the only negative thing in this album since you always ask for more). “Filthy Habits” actually has everything a Metalcore fan could ask for. The album is filled with pretty good riffs, aggressive parts that make you wanna tear everything apart and sing along choruses that stick to your mind from the very first time you listen to them. If this sound is too “gay” for the “true” metallers then just keep away and let these guys do what they know doing best, kicking ass!

The album has already been released so, don’t waste any more time and go grab it right now! As for me, I am definitely going to give it many more spins since it isn’t going to leave my CD player for a long time. Cheerz!